For those of you that are not aware, SASS has a role set aside to help grow the sport and to coordinate among the clubs. That is the role of the Territorial Governor. The person holding this role has a number of responsibilities, including: voting on proposed rule changes, helping to select the locations for state matches, coordinating with other clubs, communicating members needs with the SASS Board, and helping to grow the sport. There are also many other duties not mentioned here. Every club will be represented by a Territorial Governor, and a Territorial Governor may represented more than one club.

Some of the requirements for the person that holds this role include the following:

Dalton Masterson has served this club well for many years, but due to family and life commitments, he felt it was time to step back and allow someone else to take the reigns. After discussion, Stirrup Trouble (aka David Sayers) has accepted this role and will serve as the Platte Valley Gunslingers Territorial Governor. He appreciates your patience during the transition. Feel free to contact his with any questions or concerns 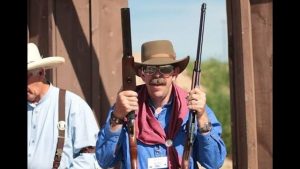